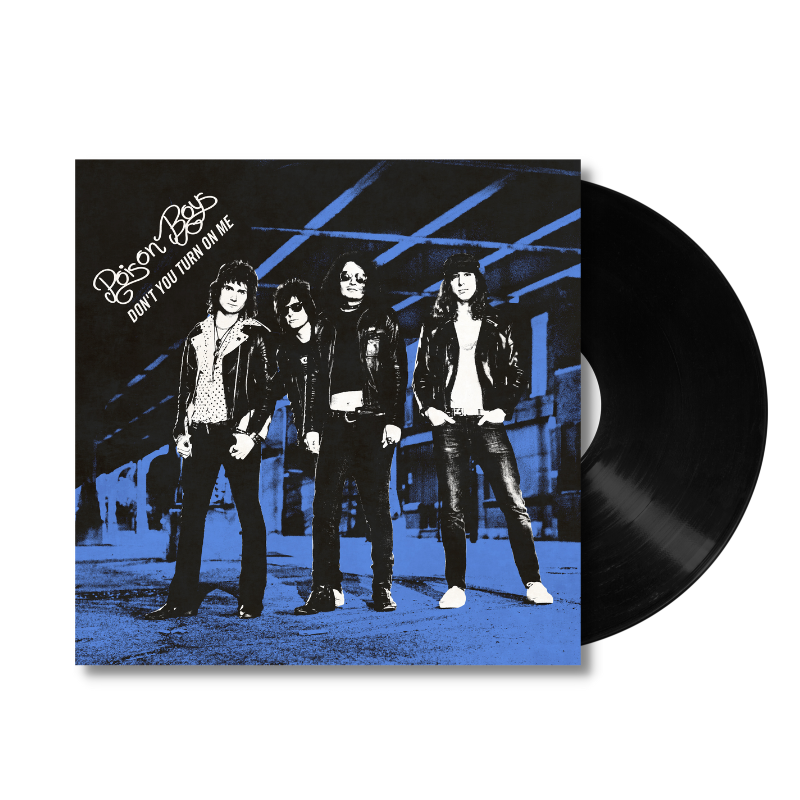 Poison Boys - Don't You Turn On Me LIMITED EDITION VINYL

‘Don’t You Turn on Me’ is the second Poison Boys full length album. It’s a long time coming since their first album ‘Out of My Head’ in 2019 and is a general move in the direction of the band’s punk styling and ability to write hard-hitting, late 1970’s punk steeped fully in rock n roll roots. It ranges in vibe from more early-mid 70’s sleazier hits like title track “Don’t You Turn on Me,” “Sweet Marie,” or “I Was Cryin’,” to blistering punk rippers like “Nothing but Darkness,” “Day by Day,” and “Keep Knocking,” to instant punk classics that could have been played by early punk bands such as “Little Speedway Girl,” “Living on the Edge of the Knife,” or “She’s Nowhere.” The band’s classic Johnny Thunders sleaze is showcased on “Dick in the Dirt,” and “Take a Chance With Me,” while a less aggressive, more charming side is shown on “Can’t Get You Out of My Mind.” Shining bright like rock n roll torchbearers through the endless sea of bands who add too many modern influences to their pursuit of punk, Poison Boys are bringing you back to 1977 with this new album, transporting you to a time and place you may not have even existed during, but definitely wish you were there for.