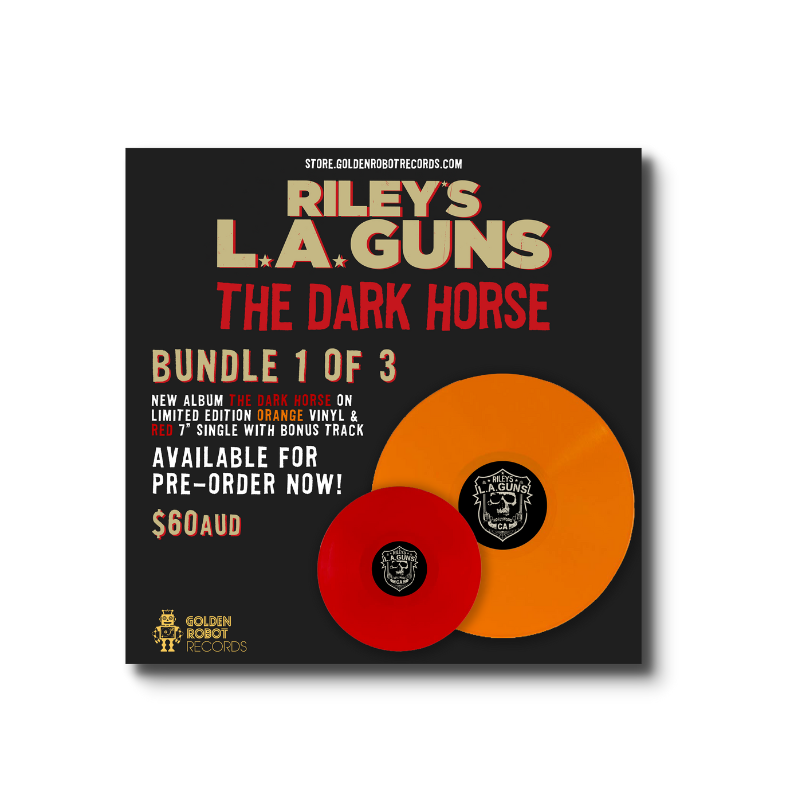 Riley’s LA Guns, featuring long time members Steve Riley, Kelly Nickels, with Scott Griffin and Kurt Frohlich, made their debut in 2019 before releasing their album Renegades. The band is back with a taste of their second album, The Dark Horse, with their new single ‘Overdrive.’

Each bundle will include a limited edition red 7" vinyl and a different coloured 12" of the upcoming album - the bundle #1 12" is orange.

"We are very excited to be releasing a 7” vinyl single. It features two songs that mean a lot to us. ‘Ballad of Jayne’ has been re-recorded the way it was initially written, acoustically," says long-time bassist Kelly Nickels.

Bundle #1 is available for pre-order now and includes: